From small beginnings to an industrial revolution, our history dates back to 1757 and is one of the cotton industry’s most historic and complete archives

World War I was a turning point for the Lancashire Cotton Industry and the Liverpool Cotton Market. The demand for cotton in India and China was now being met by the mills of Japan and India. Lancashire could not compete with their cheaper labour and products. Its Far East market collapsed and cotton imports to Liverpool halved. Further problems came with the decimation of the American crop of 1921 by the ravages of the Boll Weevil. The Wall Street Crash of 1929 brought with it the Great Depression and the effect on the Liverpool Cotton Market was severe: in 1931 Liverpool’s cotton imports were at their lowest for 62 years. 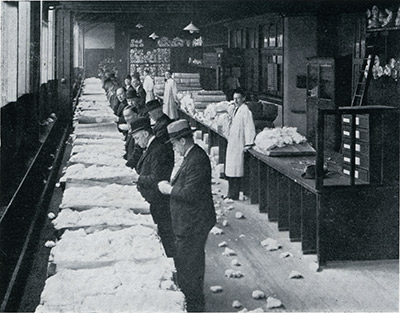 The idea of a War Relief Fund is raised 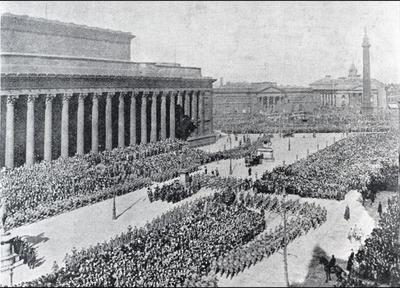 At the Liverpool Cotton Association Board meeting of that date, it was reported in the minutes “That the President said… 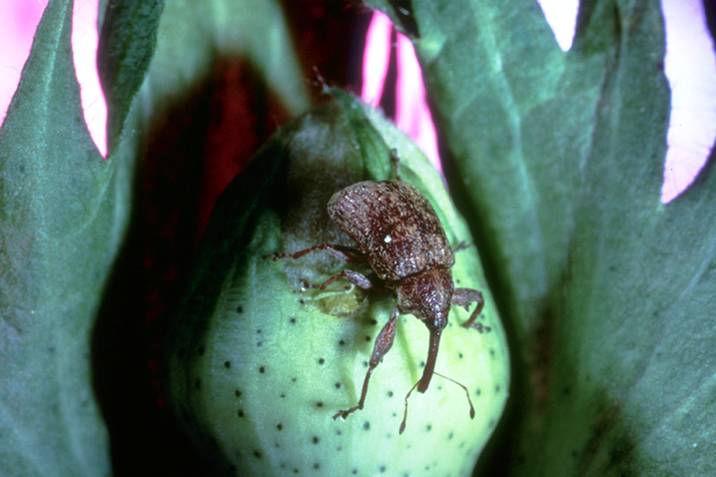 The immediate end of World War I had led to a post-war boom, despite rising prices. Markets in the east…

The Wall Street Crash marks the beginning of the Great Depression

The Liverpool Cotton Futures Market somehow managed to hold steady for just over twelve months, but as the depression intensified…

The outbreak of war in Europe three days earlier caused a major international financial crisis in addition to the diplomatic one. Both the markets in Liverpool and New York were closed – international markets carrying open contracts for every cotton-producing country in the world, including all the participants in the war. This left a huge holding of futures contracts which had to be liquidated before the markets could trade freely, an essential prerequisite for the re-opening of the markets. Trading in futures opened again on the 6th November 1914, just over three months after war had been declared. It was an astonishingly quick turnaround and a stark contrast to what would happen in the next major war.

The idea of a War Relief Fund is raised

At the Liverpool Cotton Association Board meeting of that date, it was reported in the minutes “That the President said in view of the large number of men from the market who had or would eventually join the army he had been considering the advisability of the foundation of a fund for the dependents of men from the market who fall in the war.” This suggestion was met with full approval by the other Directors and at the next meeting of the Board on 1st March a committee of eight members, including the President and Vice President, was set up to administer the scheme.

An example of the good work done by the War Relief Fund is demonstrated by the way in which the Committee dealt with the case of a widow in August 1916. The lady concerned had just lost one son, who had given her his entire earnings of 10 shillings a week before he was killed on duty. She had three sons still in the army, and a fourth who was still at school, aged 13. The Committee decided to make a grant of £6 per year, but did not inform her of the decision immediately, as they knew that when she applied for a pension, the Pension Authorities would ask her if she was in receipt of any other relief and they wished her to be able to honestly say that she was not.

The Board of the Liverpool Cotton Association declared its support for staff fighting for their country in the strongest way possible – by guaranteeing their wages. The resolution of 26 October reads as follows:

"that every member of the staff should be allowed to join the army if they wished to do so…and that while they were away in the army, those who went from the Office, Clearing House & Exchange Staffs would receive 2/3rds their present salary and the Estate Staffs 1/2 their present salary."

The immediate end of World War I had led to a post-war boom, despite rising prices. Markets in the east had no choice but to pay the inflated prices for their yarn, the warehouses in Liverpool and Manchester were re-stocked with American cotton, the spot market in Liverpool was almost completely reinstalled and Liverpool imported 4,462,000 bales of cotton of all growths in the 1919-1920 season.

But the boom was short-lived. The Lancashire manufacturers were unable to compete with the cheap labour and thus cheap products from India and Japan. The War had forced the onus of catering for the Indian and Chinese demand on to the mills of Japan and India, whose workers and owners had gained invaluable experience in the process. They completely destroyed Lancashire’s entire export trade in cloth and yarn in the Far East. This meant a terrible reduction in turnover for the Liverpool Cotton Market, which saw imports slump to 2.3 million bales, a drop of almost 50% in one season. If this was not bad enough, the US cotton crop was decimated as never before by the boll weevil, which caused an estimated $300 million damage, reducing the crop to just under eight million bales from a harvested area of just over 28 million bales – an all-time record low yield per acre of just 132.5 pounds. The price of cotton on 1st March 1921 was 6.68 pence per pound, compared with 29.19 pence on the 17th February 1920.

The Wall Street Crash marks the beginning of the Great Depression

The Liverpool Cotton Futures Market somehow managed to hold steady for just over twelve months, but as the depression intensified commodity prices, including cotton, eventually cracked. Futures reached 3.38 pence per pound in 1931, and in that year imports of cotton from America fell to 1.1 million bales, the lowest for 62 years.