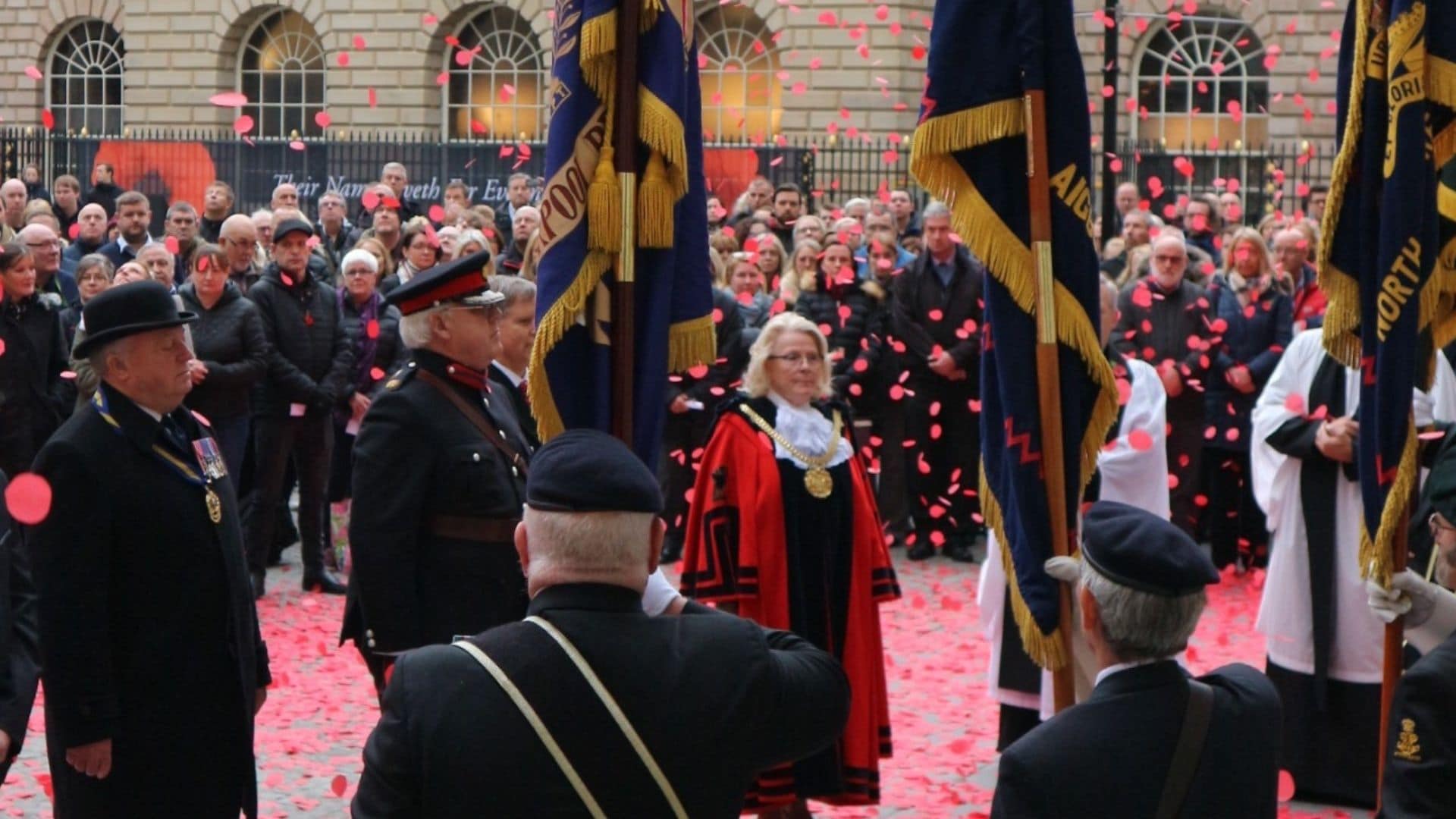 An event that was a regular in the Liverpool Business District calendar returned this year, in partnership with Liverpool BID Company, we held our annual remembrance service on Liverpool’s historic Exchange Flags on Thursday 11 November at 10:40 am.

The ‘Last Post’ bugle call was played at the service which was conducted by the Reverend Canon Bill Addy, Assistant Priest at Our Lady and St Nicolas Liverpool Parish Church.

Commissioned in 1922 by the ICA, known then as the Liverpool Cotton Association, the statue of the Memorial Soldier was unveiled by Field Marshal Earl Haig of Bemersyde. The accompanying bronze plaque is dedicated to the 423 men from the Association who lost their lives during both World Wars.

“As we do each year, we remember all those who have fought and died in conflict, not least those from Liverpool and Merseyside, and from the Cotton trade”. says Bill Kingdon, ICA Managing Director. “1951 featured some of the most significant events of the Korean War, during which 1,100 British soldiers were killed.  70 years on many veterans feel that this conflict is the ‘forgotten war’, overshadowed by events before and since. This year is also the 100th Anniversary of the Poppy Appeal, carried out every year by the Royal British Legion on behalf of veterans of all conflict, from every walk of life. Many from the North West of England, from Liverpool and the Cotton Trade volunteered during major international conflicts and continue to do so. We pay tribute to their service.”

The remembrance service was open to all those who wished to pay their respects to those who gave their lives in defence of liberty, and to acknowledge those serving officers active today in pursuit of the same.

The ICA works closely with local organisations to make sure our service is a fitting tribute to all those that have bravely fought and continue to fight for their country. They include The Lieutenancy of Merseyside, Liverpool BID Company, Liverpool Chamber of Commerce, Exchange Flags, the Kings Regiment and the Liverpool Pals Memorial Fund.